The number of homes built in the last financial year grew marginally to hit a new 30-year high, according to official figures.

However, the figures for net additional dwellings – the government’s preferred housebuilding measure – show a sharp slowdown in the rate of growth new homes provision, even prior to the onset of the global coronavirus pandemic. 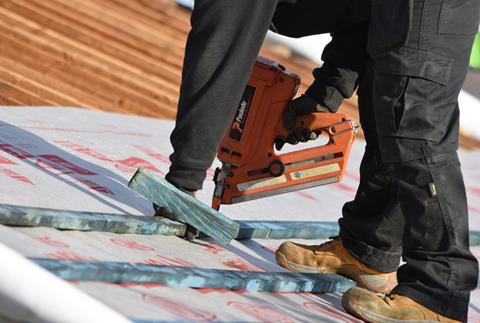 The time period includes just eight days under lockdown restrictions brought in to curb the spread of covid-19 in the spring, so is largely unaffected by the pandemic, which temporarily shut housing sites and halted sales.

This growth of 1% compares to growth of nearly 9% in net additions the previous year. The figure is the highest since the government started collecting the net additions data in 1991, with both of the last two years seeing more homes provided than at any point since the financial crisis.

This year’s record figure came despite a decline of around 2,000 in the number of homes produced under controversial permitted development rights. The figures showed that 12,350 homes were built under PD rights in the year, compared to 14,330 in 2018/19.

The figures are likely to represent a peak in net additions, with new build activity having initially stopped in the current year during the worst of the lockdown, and the strong market since unlikely to fully make up for lost ground. The CPA has forecast that the number of homes built in the calendar year 2020 will be down by around a quarter on 2019.

Stewart Baseley, executive chairman of the Home Builders Federation said the figures showed the progress being made by the industry to deliver more homes. He said: “Home builders have delivered more homes seven years a row, increasing the number of homes built by 42% in 5 years and adding more than 1.1 million homes to the housing stock since 2015 as we try to improve housing affordability.

“The industry is also creating tens of thousands of new jobs each year and boosting economies across the country. Delivering new homes generates huge investment in infrastructure and amenities in communities, benefiting both new and existing residents. Looking ahead, building more high quality, environmentally friendly homes can play a major part in supporting the economy as the country recovers from the impacts of coronavirus.”

Jonathan Samuels, CEO of property lender, Octane Capital, said the “negligible” increase in England’s net housing supply in 2019-20 likely reflected the Brexit-related uncertainty of 2019. He said: “While Brexit paralysis will have played a role in the flatlining of the net housing supply last year, we’re clearly going to see a material drop in the current year due to the pandemic.

“The announcement of a £7.1bn national home building fund in Wednesday’s Spending Review will in theory help the market bounce back but similar initiatives over the years have failed to seriously tackle the lack of supply.”