The housing minister has approved plans to build more than 1,000 homes on an allocated farmland site in Berkshire with links to the novel Watership Down. 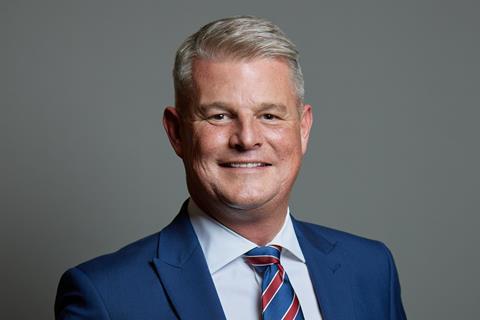 The minister said the scheme will cause harm to the site, which contains both ancient woodland and farmland featured in the children’s novel Watership Down, but that this harm was largely “an inevitable consequence of the allocation”, with a 15 metre buffer required between any development and the ancient woodland, which will be preserved.

The scheme, which is on a site that has been in West Berkshire’s local plan for a decade and subject to a number of failed applications, is designed to deliver 1,000 homes, an 80-home extra care facility, a two-form entry primary school and new commercial centre and land to expand an existing academy school.

West Berkshire Council, which had refused Bloor’s application, said it was “disappointed” by the decision, despite claiming a “long-standing ambition and policy to build out the allocated Sandleford Strategic Site.”

It said it felt the scheme did not include the whole site and was unacceptable for a number of reasons, including impact on woodlands, trees, biodiversity, landscape, and inadequate provision of emergency access, public transport, affordable housing tenure mix and sustainable energy generation, but added that Bloor had made a number of amends to the scheme in the run-up to the enquiry.

Stuart Andrew’s decision said: “Overall the Secretary of State considers that the material considerations in this case indicate a decision in line with the development plan – i.e. a grant of permission.”

However, given the sensitivity of the scheme, the minister, unusually, made clear in his decision that the positive outcome was dependent upon a high quality scheme being worked up at reserved matters stage.

He said: “The proposal has the potential to result in harm to the landscape, biodiversity, veteran trees and ancient woodland. […] it is of great importance that the final scheme is of a high quality and appropriately protects the natural environment and irreplaceable habitats. The Secretary of State would like to set a clear expectation that, in line with the Framework, the design of the scheme at the reserved matters stage will be of a high standard reflecting local design policies and government guidance […] and the final details of the scheme will ensure that natural environment and ancient woodland and veteran trees in particular are appropriately protected”. 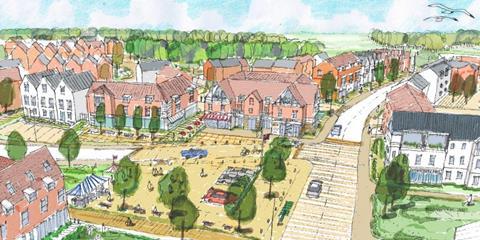 Local campaign group Say No to Sandleford has consistently opposed the development plans, while Watership down author Richard Adams in 2011 told the BBC he was campaigning against developing what he called “the most beautiful area south of Newbury”. In his 1972 novel, later made into a film, a family of rabbits run from bulldozers bent on destroying their home, Sandleford Warren.

Councillor Richard Somner, executive member for planning, transport and countryside at West Berkshire Council, said the Council was disappointed but will now actively actively seek to engage with the landowners and developers and interested parties to move the site forward. “We are disappointed with the outcome of the appeal Inquiry for Sandleford Park, which is an allocated strategic development site,” he said.

“This will ensure the delivery of a high quality residential-led development at Sandleford Park, along with the necessary infrastructure, within the context of this appeal decision.”

A spokesperson for Bloor Homes said the firm was very pleased with the  decision, with the scheme set to provide a range of types of housing, including 40% affordable homes in line with the Council’s policies.

“We hope to work closely with West Berkshire Council and all relevant parties to ensure the delivery of a high quality development going forward”, the spokesperson said.