McCarthy & Stone pledges half of future development to use MMC

McCarthy & Stone has announced that half of its future developments will be built using modern methods of construction (MMC) from 2024.

The retirement housing giant is doubling its commitment to use of MMC from 25% and has this week confirmed 40 new sites will be built through a partnership with Leeds-based light gauge steel framing company Sigmat. 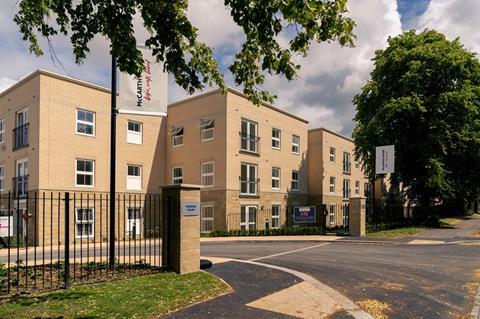 The sites to start in 2022 include developments in Broadstairs in Kent, Stratford-on-Avon, west midlands, Warminster, Wiltshire and west Bridgford in Nottingham.

The National House Building Council has also announced a new accreditation and warranty for the form of MMC used by McCarthy Stone. Sigmat uses a category two primary structural solution which is fully built off-site.

“This announcement paves the way to a more cost-efficient and sustainable future, and our long term aim is now to build 50% of all our new retirement communities in this way. The new NHBC accreditation also adds further assurance and certainty.”