The peer leading a House of Lords inquiry into housing delivery has said there may be a case for measures to encourage smaller developers to build a greater proportion of the United Kingdom’s homes.

Baroness Neville-Rolfe, chair of the new House of Lords Built Environment Committee, told Housing Today that she will look at the impact of “encouraging smaller builders back to the supply point” as part of the committee’s inquiry into barriers restricting housing delivery. 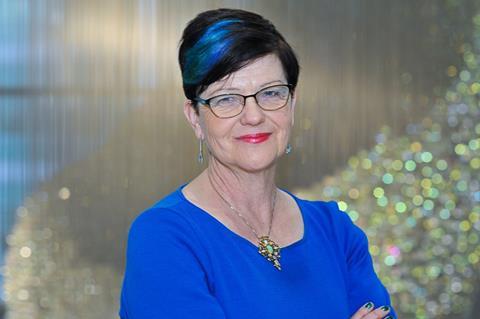 She said smaller builders are often more easily able to take on smaller or difficult to develop sites.

“You get some innovation and vibrancy and they do things that perhaps a bigger builder would not do,” she said. “Historically there’s quite a lot of smaller builders who have fallen by the wayside.”

Baroness Neville-Rolfe stressed that the cross-party committee would look at the facts around smaller housebuilders’ delivery of homes before making any recommendations.

The wide-ranging inquiry, announced yesterday, will look at factors affecting the type, tenure and quality of housing and investigate barriers to meeting current and future housing demand. It will make recommendations to the government later in the year.

It will examine the government’s 300,000 annual homes target and consider “how to balance housing types within that demand” says Baroness Neville-Rolfe.

“Some work needs to be done on that balance, particularly if you look at demographic change…. we’ve got more single households, a growing population partly as a result of immigration in recent years, we’ve got older people wanting to move out into different housing”, she said.

Neville-Rolfe, who “comes from a family of architects” said it is important that designs of homes being pushed through under the new planning system “very much fit into the local area.”

“It is a lot easier to get development accepted and supported if you have got the right sort of design,” she said.

Baroness Neville Rolfe said that the committee will not have the scope to look at the housing affordability crisis in depth. She said: “We will probably only be looking at affordability through the lens of demand and at the different types of tenures that might be required.”

She said that building more homes will in any case “affect the economics” governing house prices.

The inquiry will also focus on skills shortages and Baroness Neville-Rolfe said this would not be limited to frontline construction workers but would also focus on planners and required skills in digital construction and in delivering environmentally sustainable housing.

She said that construction skills policy does not appear to be “adequately joined up”with the Construction Leadership Council overseen by the Department for  Business Energy and Industrial Strategy (BEIS) while the outcome of construction is owned by the Ministry of Housing Communities & Local Government.

Baroness Neville-Rolfe is also considering whether the committee should look at examples of modular housebuilding innovations overseas where they can potentially bring down the costs of construction and improve the design of homes.

The committee has issued a public call for evidence. The deadline for responses is 10 September.

Who is Baroness Neville-Rolfe?

Conservative Lucy Neville-Rolfe has a huge amount of experience of government having served as a senior civil servant at the Ministry for Agriculutre, Fisheries and Food from 1973 to 1992, before working in John Major’s number 10 policy unit in the early 1990s.

She said that she was brought up in a family “of architects” and her uncle worked on the creation of Welwyn Garden City for architectural firm Louis De Soissons in 1920.

She later served as an executive director at Tesco PLC and was formerly chair of the watchdog Assured Food Standards. In December 2020 she became chair of Crown Agents, a non-profit international development company which has been involved in the delivery of covid-19 vaccines to overseas territories.

She was appointed a life peer in 2013 and has served in government as energy minister and as commercial secretary to the treasury.

Who else is on the committee?

The questions the committee will try to answer

1. What is the current composition of the UK’s housing sector? How is the sector structured in terms of private ownership, privately rented accommodation and social housing?

3. Does the Government’s target of 300,000 new homes per year accurately reflect housing demand? Is this target achievable?

4. What is the balance of demand for new housing between homes for private ownership, privately rented homes, and social housing? How does this affect the type and tenure required of new homes?

5. What can be done to ensure there is a good balance of new homes where they are needed?

6. Is the construction sector able to deliver the UK’s housing demand? What barriers are facing the sector?

- What role should permitted development rights play in this?

- How might changes to Section 106 agreements shape the provision of social housing?

- How should communities be engaged in the planning process?

8. What can be done to improve the quality of new homes? How can the design and aesthetics of new homes be improved?

9. Is the workforce equipped with the professional, digital and other skills required to meet housing demand, for example in the construction, planning and design sectors? What can be done to overcome skills shortages?

10. How does the Government interact with Local Authorities to deliver more homes? How can this relationship be improved?

11. What are the main opportunities and areas of innovation for meeting the UK’s housing demand?