A House of Lords committee has raised concerns about the government’s expansion of permitted development rights which came in to force at the start of the month.

The secondary legislation scrutiny committee, which reports to the Lords every week, has published a report highlighting concerns about changes to planning legislation which give developers the right to, among other things, demolish properties and rebuild them as homes without planning permission.

In a statement the committee said the changes “could lead to the construction of low-quality housing.” 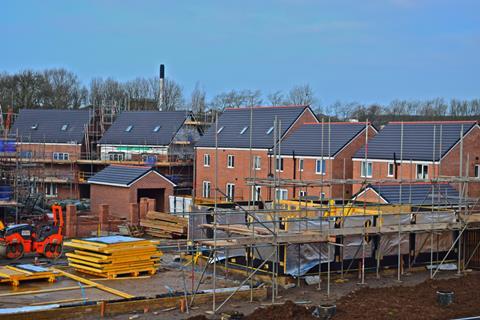 The group of five sets of Town and Country Regulations that came into effect at the end of last month have not been debated by MPs and are already the subject of a judicial review challenge.

The changes make mean developers can by right extend certain buildings upwards to create additional space or new self-contained homes; demolish certain vacant buildings to make way for new homes; and change the use of certain buildings in town centres, for example changing the use of a building from an office to that of a restaurant, including a fast-food restaurant without planning permission.

Lord German, who is a member of the committee, said while the findings acknowledged the government’s intention is to encourage economic growth and address housing shortages, there were concerns the changes could result in low-quality housing and reduce the ability of local authorities to shape their high streets

He said: “These instruments are de-regulatory in effect and make substantial and wide-ranging changes to planning law. While we ; and the growth of fast-food restaurants in some communities may have local health implications for its residents as well.

“We are in no doubt that the House will wish to press the minister for an assurance that the concerns raised have been considered and that safeguards are in place to ensure that they are fully met.”

He said given the significance of the changes, there were queries about whether they should have been implemented through primary rather than secondary legislation which would have afforded more thorough scrutiny.

The government’s Building Better Building Beautiful Commission said the existing expanded use of PD had “inadvertently permission future slums”, while the government’s own assessment of the quality of homes produced by PD said they created worse homes “in relation to a number of factors widely linked to the health, wellbeing and quality of life of future occupiers.”

The new permitted development (PD) rights have been described as “disgraceful” by the Riba, given concerns over the quality of new homes approved under the PD process, such as Terminus House in Harlow (pictured, right).

However, existing PD rights, such as to convert offices into homes, are credited with the creation of 60,000 homes since being brought in in 2013.

The government is facing a legal challenge over the expansion of permitted development rights, announced in late July, that took effect at the start of this month. Campaign group Community: Rights: Action says the government has failed to take account of expert advice on the harm done by previous expansions of permitted development rights, and ignored consultation responses which were overwhelmingly against the policy.