Housebuilder Vistry Partnerships has been appointed by a division of insurance giant L&G to build out a 480-home build to rent scheme on the site of a former Homebase store in Wandsworth, London.

The Hawkins Brown-designed scheme for LGIM Real Assets, called New Acres, will be the third Vistry has delivered for Legal & General, and will also include 15,000 sq ft of retail, office and community uses including public realm and play areas. 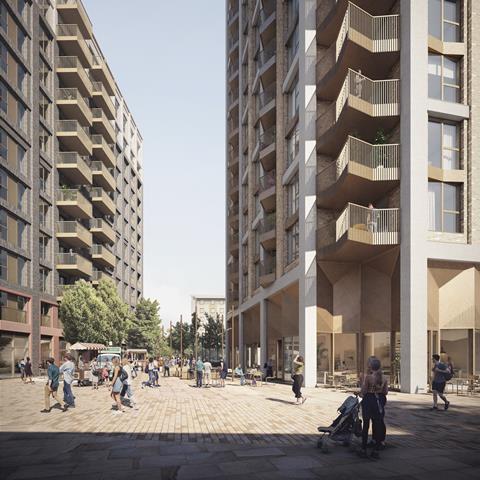 Stephen Teagle, chief executive of Vistry Partnerships, said the project will play an important role in providing housing choice for the local community. He said: “We have established an excellent partnership with Legal & General, creating high quality homes for rent at our previous schemes in Walthamstow and Bristol.”

Dan Batterton, head of residential for LGIM Real Assets, said the scheme will be a flagship Build to Rent development and a “significant urban regeneration project”. He said: “We are delighted to be continuing the relationship already formed with Vistry Partnerships to deliver New Acres, South and look forward to the successful completion of the scheme in Spring 2024.”

Vistry has said it is on track to meet its target of £1bn turnover from its partnerships business in 2022.