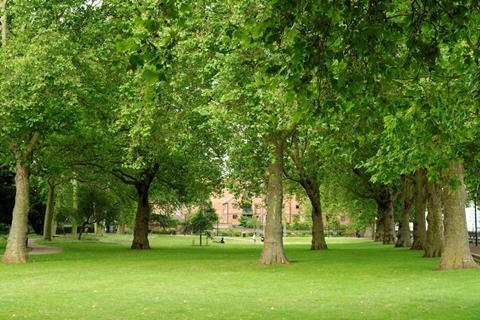 Homes close to public green spaces such as parks and playing fields have been found to be more expensive than those properties located further away from such amenities.

Newly-published findings from a survey by the Office for National Statistics (ONS) found that houses and flats within 100 metres of public green space were on average £2,500 more expensive than those 500 metres away.

The ONS looked with permission at the details of more than 1m property sales in England and Wales conducted between 2009 and 2016 and found that many properties attracted a higher price, and that the closer to green space the home the greater the premium.

The average of the premium was estimated to be 1.1% three years ago.

The ONS said the main beneficiaries of those living near public green space were those in detached houses.

Such properties within 100 metres of a such space notched up a 1.9% premium, but the difference for flats in a similar location was only 0.6%.

For the purposes of its survey the ONS included public parks or gardens, play spaces and playing fields, sports facilities, golf courses, allotments and community spaces, as well as cemeteries and religious grounds.

The research omitted woodlands, heaths and other open spaces which the public might use for recreation.

In 2014 Cabe published a report, The Value of Public Space, which showed a range of benefits for residents living near accessible green areas including positive impacts on physical and mental well-being.