Major housebuilders have told the government they will refuse to sign the contract drawn up by officials to make their £2bn cladding pledge a reality unless it is radically re-drafted.

The draft legal contract, published by the Department for Levelling Up, Housing and Communities (DLUHC) last month, is designed to bring legal force to a heads of terms pledge, agreed with the department in late March and now signed by a total of 48 developers, to repair fire safety issues on all buildings going back 30 years, without public funding.

Housing Today has independently confirmed newspaper reports at the weekend that the Home Builders Federation (HBF) has written to DLUHC, warning that the contract is “impossible to sign” in its “current format”. 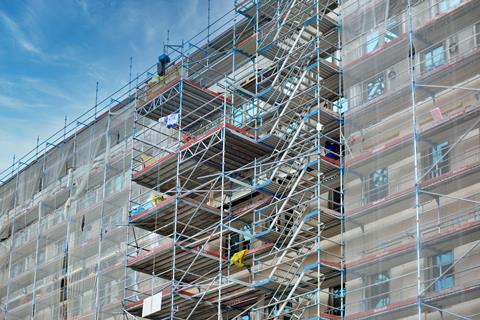 The Sunday Times said the letter, from HBF managing director Neil Jefferson, states the commitments in the contract go “well beyond” the pledge agreed last year.

The HBF declined to comment on the record on the specifics of the letter or state a public position on the contract. However, an HBF insider said that “the contract in its current form is just not possible to for any firm sign”.

Housebuilders are understood to be unhappy with the wording of the draft legal document, which was published for consultation until August 10, because they feel it opens the door for the current building owners to demand works which amount to “betterment” of the property, beyond simply fixing the fire safety issue.

Housebuilders also claim the text gives the government opportunity to re-write the agreement at any time once builders have signed, and makes builders responsible for arranging and paying for Fire Risk Assessments, something that was previously assumed to be the building owners’ responsibility.

According to statements made by firms to have signed up to the pledge, the aggregate cost of committing to the scheme for the industry is at least £2bn. 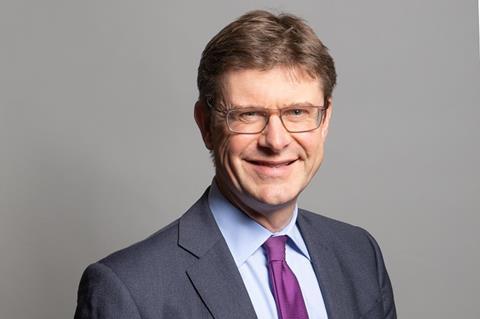 In response to the letter, the new housing secretary Greg Clark (pictured, left) told the Sunday Times that while developers were being consulted on the text, he was not prepared to water down the fundamental requirements of the pledge and they would be expected to sign the contracts within weeks.

He said: “It is high time the developers’ pledges are turned into action. There is unanimity in government and in parliament that leaseholders must be protected and now is the time for developers to fulfil their promises.”

The signing of the pledge followed moves made by Clark’s predecessor Michael Gove to bring in powers under the Building Safety Act to ban individual housebuilders from trading if they don’t comply with stipulations around fire safety schemes.

Clark added: “We will make full use of the powers that parliament has given us so that there can be not an inch of backsliding on commitments given.”

A spokesperson for the HBF said: “The pledge signed by UK builders demonstrates that our industry is committed to playing its part, ensuring leaseholders don’t pay for work needed to make buildings safe.

“Signatories will carry out any necessary remediation on their own buildings and continue to pay the £300m per year to finance the Building Safety Fund for ‘orphaned buildings’.”

In June Housing Today launched its Fair Deal for Housing campaign, designed to ensure the government commits to the policies necessary to support the industry to deliver ithe government’s manifesto pledge of 300,000 new homes a year. As part of this, Housing Today has identified the need for the government to find ways of ensuring that other parts of the industry, such as product manufacturers and overseas-based developers, also contribute to paying for cleaning up a fire safety problem which the whole industry is responsible for.

We want to hear from you: what do you think can make a difference at a policy level? What can the industry do better?