Grainger has said it plans to double the value of its private rented housing portfolio in the next five years, as it reported results for the year to September 30.

The rented housing landlord and developer said it had added 1,475 homes to its development pipeline over the twelve-month period, with £1.5bn of residential development either secured or in planning. 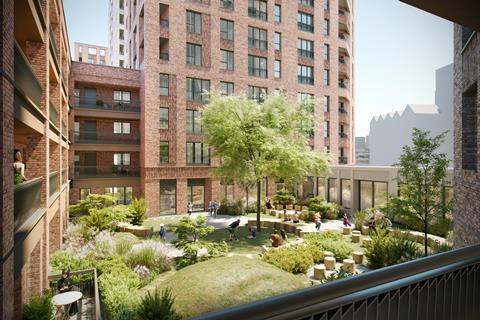 Announcing results, chief executive Helen Gordon said the events of the turbulent year – which covered the December election, Brexit and the pandemic - “have not slowed our appetite for growth and we have continued to focus on acquisitions in our target cities.”

It has a further 1,639 units across seven schemes either in planning or legal negotiations, worth £429m, plus an additional £600m of developments being undertaken in its CLL joint venture with Transport for London. These include the 460-home Southall station scheme given permission in September (pictured).

The firm said rent collection had remained high, at 97%, despite the pandemic.