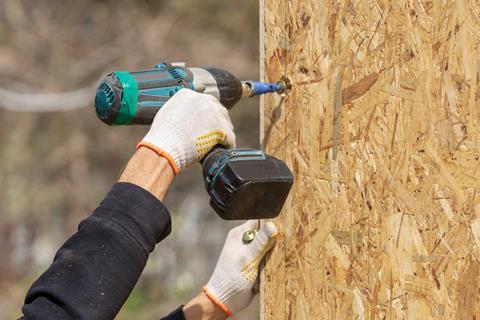 The Government has announced today it will ‘name and shame’ social housing providers breaching regulations, which it said will help it halve the number of non-decent homes by 2030.

The measures, part of a package of reforms to the social housing sector, include a commitment to conclude a review of the Decent Homes standard, and to apply the standard to the private sector.

The Department of Levelling Up, Housing and Communities (DLUHC) said that where landlords breach the regulator’s consumer standards or where the Housing Ombudsman has made its most serious finding - severe maladministration - against them, then details of the offending landlords will be put out on the department’s social media channels.

This will help with the commitment in the Levelling Up White Paper to halve the number of non-decent rented homes by 2030, the department said in a statement.

A 250-strong resident panel will also be set up, giving residents a greater say on the standard of housing, including allowing them to strengthen the decent homes standard, as part of measures announced today, building on promises in last year’s Social Housing White Paper.

Minister for Social Housing Eddies Hughes MP said: “This package will help to deliver on our commitment in the Levelling Up White Paper to halve the number of non-decent rented homes by 2030.”

The DLUHC stated: “It is unacceptable in the 21st century that anyone living in social housing should be in poor-quality accommodation.

“We know this is not the experience of every tenant, and there are landlords who take their responsibility towards their tenants seriously, but we want to see quality housing in the social rented sector as the norm – not the exception.”

The reforms will be delivered through legislation. Social housing residents can apply to join the panel before Friday 29 April.