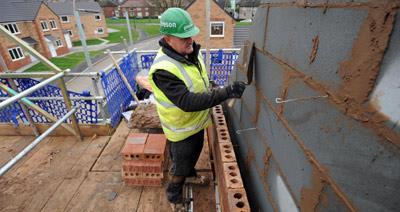 The appointment of Thomson, who has been fulfilling the role on an interim basis, comes after long-time chief executive Jolyon Harrison left the £250m-turnover firm suddenly in June after a boardroom dispute.

In a statement MJ Gleeson said Thomson’s appointment came after a “comprehensive” search process which had included both internal and external candidates.

Thomson joined the firm in June from housing provider Keepmoat.

Dermot Gleeson, Chairman, said: “James has already made a significant impact at Gleeson and we look forward to further progress under his leadership.”

James Thomson said he was “delighted” to have got the job. He said: “My experience, since joining the business in June, has re-affirmed my belief that Gleeson has an exciting future ahead and I look forward to working with my very talented and dedicated colleagues to deliver it.”