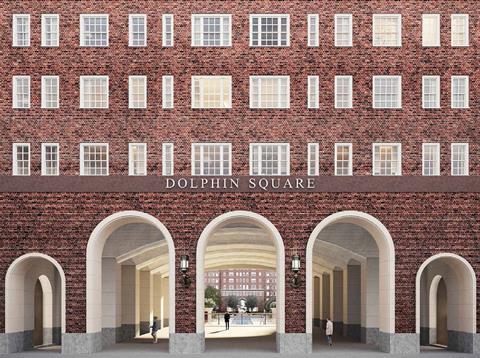 Westminster council’s refusal of plans to add 230 new homes to Pimlico’s famous Dolphin Square development is to be appealed.

Planning officers had supported Eric Parry Architects’ proposals for the 1930s quadrangle development – long a favourite of MPs, peers and society figures – which would have seen the demolition of its northern-most block for replacement with a new 10-storey building.

But Westminster councillors rejected the scheme at a meeting last July, taking particular exception to the proposed increase in the number of serviced apartments at the development, which would have risen from 143 to 160 as part of the proposals.

Now owner Dolphin Square Estate – which is controlled by US real-estate firm Westbrook Partners – has formally launched a challenge to Westminster’s decision and is seeking a planning inspector-led inquiry into the scheme’s acceptability.

As well as demolishing Rodney House and replacing it with a taller block, Parry’s scheme involves adding an extra storey to the remaining blocks, creating 16 new townhouses, and reconfiguring existing flats to boost the number of overall units from 1,225 to 1,455 homes.

In its statement of case, Dolphin Square Estate said it will demonstrate that Parry’s proposals represent “exemplary standards of sustainable and inclusive urban design and architecture”.

The document says the site owner also plans to show that the proposed mix of units is appropriate and meets local demand for smaller, “financially accessible” rental property. 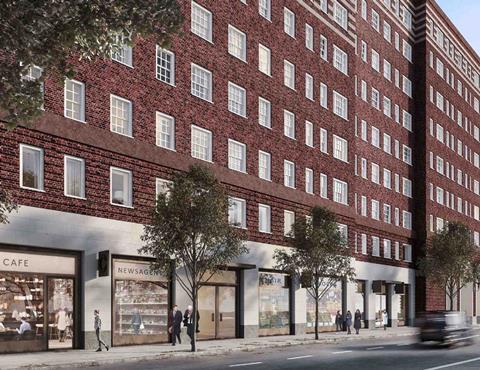 Dolphin Square was designed by Gordon Jeeves and completed in 1938. Despite being acknowledged as a groundbreaking building and forming the centrepiece of the Dolphin Square Conservation Area, it has been rejected for listing on three occasions and currently has immunity from listing.