CIH calls for suspension of Right to Buy 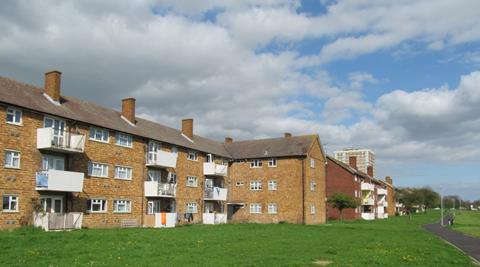 The Chartered Institute of Housing (CIH) has called on the government to suspend council tenants’ right to buy their homes after new figures showed a slump in the number of new local authority homes being built to replace those being sold off.

Figures from the Ministry of Housing, Communities and Local Government (MHCLG) showed 2,645 homes were sold by local councils across England in October to December last year.

But the number of replacement council homes, either started or acquired, during the same period was 1,038, a third lower than the figure for the same quarter the previous year.

The CIH said that despite being much lower than before the financial crash in 2007/08, quarterly Right to Buy sales in the last three months of 2018 were around four times higher than before April 2012, when the government boosted the scheme with a range of discounts.

Cutting discounts by a third could free up enough cash to build 12,000 more homes a year, the CIH said.

Since what the CIH labelled the government’s “reinvigoration” of the Right to Buy scheme seven years ago 75,618 homes had been sold and only 21,890 started or bought to replace them.

CIH chief executive Terrie Alafat the government’s own figures confirmed the institute’s view that the wider costs of Right to Buy exceed its benefits.

“With far more homes being sold than are replaced, Right to Buy is significantly reducing the number of badly needed affordable homes available.

“Our research last year showed that more than 150,000 of the most affordable rented homes have been lost across England in just five years and predicted that loss will reach nearly 200,000.

Alafat called on the government to suspend the scheme “and invest the savings in more homes for social rent”.

The Right to Buy scheme was brought in by Margaret Thatcher’s government in the 1980 Housing Act.

Responding to the CIH’s call the government said building more social and affordable homes “was an absolute priority”.

The government is also due to publish its response to a consultation on Right to Buy, “setting out options for providing greater flexibility around how councils can use their Right to Buy receipts”, the spokesperson said.