Completions at housebuilder Bellway slumped by nearly a third in the year to the end of July as the coronavirus lockdown stopped work on sites, the firm said in a trading update today. 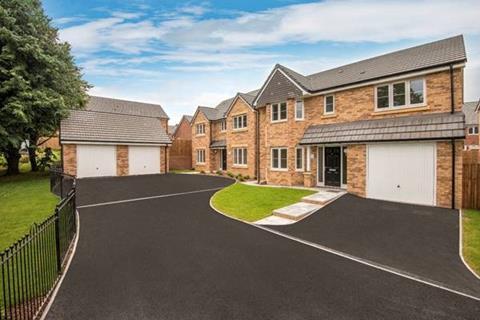 However, it said that trading had recovered in recent weeks and that all sites and sales offices had now re-opened, with sales in July running at 140 per week, around 14% down on the same period last year.

The results come after the UK’s biggest housebuilder, Barratt, reported a similar drop of legal completions, of 30%, in its full year to the end of June.

The firm said it was focused on building homes that were already reserved or where contracts had been exchanged and expected to complete within the next six months, but did not give any guidance on the rate at which it is opening new sites. Productivity on site was now “approaching 80%” of normal levels, it said, despite ongoing social distancing requirements on site.

Prior to lockdown measures being brought in in March, the firm said it was running 5% ahead of last year in sales terms, recording 211 sales per week. After taking lockdown into account, the number of reservations for the year as a whole was 15% down.

The firm said it remained financially resilient, with £1m of net cash on the balance sheet and up to £845m loan facilities arranged should it need them. It didn’t give any guidance as to the extent of impact on profitability for the year, other than to say that the expected margin will be impacted by the loss of productivity, increases in overheads for closed sites, and aborted costs for land deals which were ultimately suspended.

In addition, it said it will have to account for additional unspecified costs relating to remediation measures on blocks built in earlier years found now to have cladding which does not meet the government’s new standards.

Jason Honeyman, Bellway chief executive, said: “Whilst the economic outlook is uncertain, sales demand is encouraging, and the group has built a strong forward sales position. With our resilient balance sheet, we will proceed cautiously along the road to recovery, determined to return the group to its strategy of delivering long-term and sustainable growth.”

David O’Brien, building analyst at Goodbody, said the update was weaker than anticipated. He said: “Completions since lockdown are behind expectations and peers’ performance and while build rates are improving slowly, Bellway is the lower end of build rates for peers. The slow ramp up to full production levels will have an impact on gross margins over the next few years.

“Further, there are several suspended land deals due to COVID which are still being assessed as to whether they are viable or not. Given Bellway’s relatively shorter landbank compared to peers this is a concern.”