The government has announced £300m of funding over three years for councils to build more specialist accommodation and integrate housing plans into their health and care strategies. 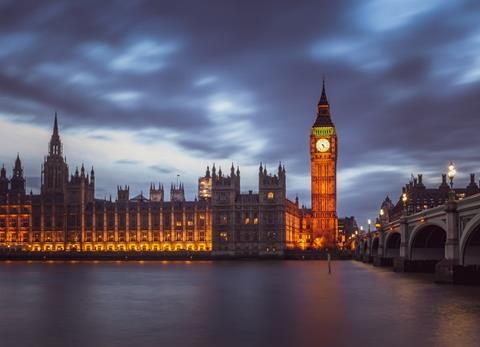 The paper says: “This new investment will allow local authorities to deliver the vision set out in this white paper by integrating housing into local health and care strategies, with a focus on boosting the supply of specialist housing and funding improved services for residents.”

It adds that this will increase confidence in the social supported housing market and stimulate “a positive cycle of further innovation and private investment”.

The plan will allow local authorities to more easily invest in jointly commissioned services, said the government, as well as driving innovation in supported housing services.

Ministers also want older people to be given help to downsize where appropriate. The paper says the government will ensure the new system acts as “an enabler for people to find and finance the right housing options and tenure models for them.”

The upper limit to the Disabled Facilities Grant - which funds adaptations to people’s homes – is set to be increased alongside an unspecified amount of funding for a new service to make minor repairs and changes to people’s home.

The plan sets out £150m of funding over three years to drive digitisation in the care sector and “unlock the potential of care-tech innovation” to improve preventative care and independent living models. It also pledges £500m to improve skills of the workforce.

The broad thrust of the plan was welcomed by the Associated Retirement Community Operators (ARCO) which represents housing-with-care providers.

Michael Voges, executive director of ARCO, said the publication of the plan “must mark a turning point in how we support older people in the UK”.

Voges said: “This white paper clearly recognises the key role which specialist housing such as integrated retirement communities should play in our future social care system.

“As a society we must aim to give every older person the choice to maintain their independence by moving into specialist housing offering care and support as they need it.”

Nick Sanderson, chief executive of Audley Group, said: “Arrangements to help people downsize, a £300m investment to integrate housing into local health and care strategies and a focus on boosting the supply of specialist housing.

“All of this signals the government has finally woken up to the benefits of treating housing and care as one.”

John Tonkiss, chief executive of McCarthy & Stone, also welcomed the plan but warned the white paper “needs to be the first in a series of important steps taken by the government to address the deep-rooted inadequacies of our health and housing system.”

This was echoed by Catherine Ryder, director of policy and research at the National Housing Federation, who described the extra £300m as a “positive starting point” as demand for supported housing is expected to increase by 125,000 homes in three years.

The plans are funded by the health and social care levy – a 1.25% increase in national insurance contributions from 2022/23. A total of £5.4billion will be invested in social care through the levy over three years, including £1.7bn to reform the social care system.

The plan was however criticised by some as not being sufficient to deal with social care pressures. Jeremy Hunt, chair of the commons health and social care select committee, said the spending plans of around £1bn it outlined were “a long way off” the £7bn a year MPs have called for by the end of the parliament.