What do we know so far about what Gove's tenure will mean for housing?

The reshuffle has put the restyled housing ministry in the spotlight, with one of the Tories’ biggest hitters now in charge reflecting a significant recalibration of government priorities, writes Joey Gardiner 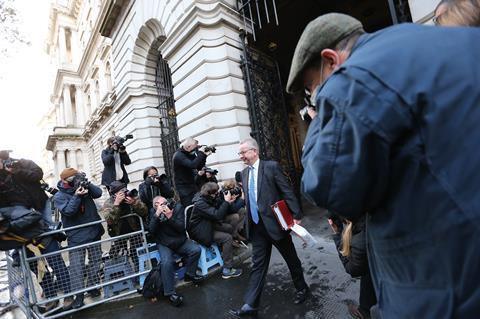 Quite a handful: Michael Gove became secretary of state for levelling up, housing and communities in Boris Johnson’s recent cabinet reshuffle. As well as taking on the old housing ministry responsibilities plus levelling up, he will retain responsibility for governance and elections. And he remains the lead minister for co-ordinating with the devolved administrations, with the additional title of minister for intergovernmental relations

While the footage of the new housing secretary dancing away in an Aberdeen nightclub last month might not have given the impression of a man with focus, co-ordination and clear strategic control, Michael Gove comes to the housing brief with a reputation for all three. More than anything, Gove is known for pushing through radical change quickly, with a relish for taking on any sacred cows he spies.

“Whatever area he goes into,” says Chris Rumfitt, co-founder of public affairs firm Field Consulting, “you can’t assume that policies that have been pursued so far will continue. He is a changemaker and he never accepts the status quo.”

The most obvious example of this in the first days of Gove’s short tenure so far is the government’s planning reform programme. Last week he confirmed he was “taking a little bit of time” to reconsider. But while the more radical parts of the planning reform programme have largely been doomed since the Conservatives’ defeat in the Chesham and Amersham by‑election back in May, his appointment has a much wider significance to housing and planning policy, coming as it does with a big expansion in the role of the department. The addition of levelling up to the brief could imply a decisive move away from a ministry, under Robert Jenrick, that was seemingly largely devoted to persuading local authorities in wealthy parts of the South to accept more homes.

The early signs are that Gove intends to marshall all the resources at his disposal – including housing and planning policy – to tackle his primary political priority: levelling up. So, what might that mean for housing and the wider construction sector?

Login or Register for free to continue reading Housing Today

Stay at the forefront of thought leadership with news and analysis from award-winning journalists. Sign up below to receive:

It takes less than one minute….