‘We are still fighting our corner’: Interview with Katy Jordan, Storey Homes 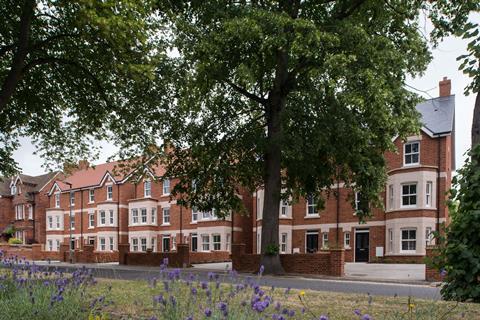 Storey Homes is building 50 homes a year, with current projects including De Montfort Place, in Bedford, which will have 152 homes in all

More than 300 SME housebuilders went to the wall last year, research from accountancy firm Price Bailey showed, in spite of government efforts to nurture small businesses to drive diversification in the sector.

Milton Keynes-based Storey Homes has, however, firmly bucked that trend. The company, which works on developments of 12-150 homes across Bedfordshire, Buckinghamshire and Hertfordshire, has grown under managing director Katy Jordan, who has been in the role for five years.

However, Jordan has been hindered rather than helped by the government so far. The housebuilder’s 200-home site in Woburn Sands, in a marginal Conservative seat in Milton Keynes, became a political battleground, being blocked by then-housing secretary James Brokenshire. Earlier this year, the company won a judicial review over the site, and now Jordan is gearing up for a new public inquiry next month.

Housing Today talks to Jordan about how she has expanded the business, what makes a flourishing SME housebuilder and winning a legal fight at Woburn Sands.

How did you get to where you are now?

My dad was a quantity surveyor, so I grew up around construction. I became a quantity surveyor too, starting as an estimator for Countryside Properties and working up to be director of development surveying. The company had recently floated when I joined and it was a tough but fantastic education. I worked across London and the Thames Gateway on low- and high-rise development.

By 2007, as the bottom fell out of the housing market, I was providing consultancy for small developers and contractors. Many were flailing rather than failing and didn’t know how to manage their debt or look for new opportunities.

I spent a lot of time doing business plans and it was a great opportunity to learn the nuts and bolts of businesses. I felt a great sense of responsibility to those family owners, and had to be fair and compassionate to staff, as a lot of the work involved cutting overheads – and so jobs.

Through consultancy, I met Matthew and Mark Storey in 2014, who offered me the role of managing director.

They were not developers but had, alongside their father, grown a business that had successfully gone from market trading to distressed foods.

They had set up Storey Homes and had significant landholdings, but when they gained planning consent for a large scheme of 152 homes, they had the foresight to realise they couldn’t deliver the scheme themselves.

I consider myself very fortunate to be working in this industry. This industry wants the best people, so it is important the message gets out that housebuilding is open to all and has many different facets.

How have you changed and grown the business? 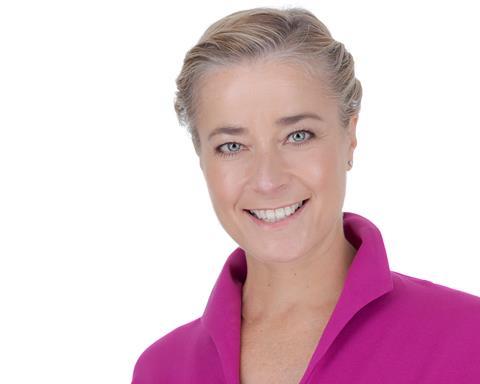 When I started, my office was in the food warehouse and I had three staff. I had a mountain to climb, but I got stuck in. By the end of the first year the staff had gone and I had new heads of commercial, technical and construction in place. I was working as managing director, head of sales and marketing and financial director and we built 10 homes.

We made £500,000 profit in the first year, £1m the next and turned over £11m in our last financial year. We now have a team of 18, a newly refurbished head office in Milton Keynes, which helps us to attract recruits, and I’m able to focus on being managing director.

We’re building 50 homes a year, with current projects including Birch Meadow, which includes 12 three-, four- and five-bedroom homes in Barkway, north Hertfordshire, and De Montfort Place, in Bedford, which will have 152 homes in all.

We badge ourselves as lower-rise housebuilders but don’t have standard house types, as we believe that working with architects sets us apart.

I would expect us to keep our output fairly stable for the next couple of years. Matthew and Mark’s initial aspiration was to have a housebuilding business with a £20m annual profit, which would mean an annual turnover of £100m.

We don’t want to dilute the quality of our homes or lose our supportive, family-oriented culture. As a business grows, it gets harder to share your vision, so over the next year we’ll be having some discussions over how we maintain our standards and culture.

Why did being managing director at Storey appeal to you?

I love the feeling of making a difference and the challenge presented by the point the business was at.

Matthew, Mark and I agreed a one-year handover, so they guaranteed they would take a complete step back in a year and that provided a huge opportunity. I can’t think of another owner who would do that. It was an honourable agreement.

Also, the company doesn’t have external investors, so that puts us in a strong position and enables us to make really quick decisions when buying land.

It has been a massive learning curve for all of us. The business owners have seen enormous changes in the company they set up. But the foundations are in place for us to really grow the business.

What’s your approach to land?

We have a mixed portfolio of sites, with strategic land as well as land with outline and detailed planning permission to deliver production.

I’ve just bought a 109-unit site in Houghton Regis on a consortium site, so we’ll be going head to head with Bellway, Taylor Wimpey and Countryside there. But we have deliberately chosen an area of the site where we can deliver a lower density scheme of houses with gardens.

We don’t have the same drivers as a plc and we’re lucky to be able to do that. Our first question when visiting a site is would we want to live here ourselves?

We buy sites ranging from 5 acres to 130 acres, but really have no upper limit, especially for strategic land, because we are looking at a 20-year plan.

Why have you continued to argue your case at Woburn Sands?

It was a classic example of local politics interfering with a planning application and disrupting business. The site goes back to public inquiry on 14 January with a new planning inspector and, in theory, politics shouldn’t play a part. I hope it won’t.

We have been fighting this for four years and are still fighting our corner. This application has been scrutinised by professionals on whether it should be allowed, but because of politics, we can’t take it forward. The effect on our business has been huge. If we weren’t privately funded, we might not have had the support to keep fighting.

But this comes down to principle. We’ve done nothing wrong and we did win. As a small developer, winning against the secretary of state on principle was a big moment.

Since the publicity over the story, I’ve been approached by numerous developers who haven’t gone to judicial review because they haven’t felt confident about putting money into it, and they have been supportive of our position. The only mechanism for fighting is financial. Great credit is due to my business owners who have backed this, which has taken a huge amount of trust.

What have you learned from your experience at Woburn Sands?

I’ve learned that if politicians are minded to, they have carte blanche to interfere with planning without any regard for their actions.

In a marginal seat, some will do anything to garner local votes, regardless of whether it is ethical to do so.

I don’t think we could have done anything differently. We’ve been patient and diligent. The irony is that the site is in the middle of the Oxford-Cambridge Arc, and the MP who got it called in, Iain Stewart, has been the government champion for the arc.

In the recent general election, Stewart won his seat by a greater majority than in 2017. I hope this means he will allow the planning system to decide upon the merits of our proposals – after all, the government says it is the party to support SMEs and housebuilding.

You have advised and worked with other SME housebuilders – why do you think so many fail, and what sets you apart?

Consultancy taught me that you have to future-proof and make sure everyone has a reality check. SMEs often have a problem with lack of structure and don’t have the checks and balances that raise a red flag early enough to put mitigation measures in place when things go wrong.

We make very considered judgements when we’re making decisions. We are very solid, have a pipeline of work, a tight ship and good people. A number of the people in our team come from big housebuilders and have a background of understanding what’s important and what could go wrong ­– and if it does, what you can do to help