The initial findings of the UK2070 Commission inquiry into city and regional inequalities confirm what we already know. So what are we doing about it? 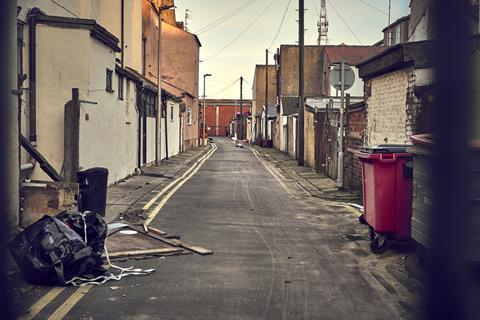 Lord Kerslake, chair of the Peabody Trust housing association, brings a unique perspective to England’s notoriously centralised system of government. Nobody else has been both head of the civil service and chief executive of a local authority. The then Sir Bob Kerslake gave up being in charge of Sheffield council in 2008 to lead the fledgling Homes and Communities Agency, and within three years he was doubling up as head of the home civil service and permanent secretary of the communities and local government department, before retiring in 2015.

The peer has harnessed this experience to chair a new House of Lords commission, the UK2070 Commission, set up to look into England’s city and regional inequalities, which has recently published its first report.

The highly centralised nature of England is part of the problem, Kerslake says: “We have the worst of all worlds. We have disempowered regions and we have a crowded centre, which is constantly thinking about the short term and the detail and not putting enough time into thinking about the big strategic issues that the country faces. We need to reverse that.”

We have the worst of all worlds. We have disempowered regions and we have a crowded centre, which is constantly thinking about the short term

“I’m absolutely convinced that we would have a better, happier country if we were more balanced about how we make decisions.”

The current imbalanced state of England’s economy, reflected in major disparities in housing costs seen across the nation, isn’t even working for the more prosperous parts of the nation, according to the UK2070 Commission.

It cites evidence, gathered by Peabody, which shows that take-home pay among low-income households in London has shrunk over recent years.

One of the commission’s recommendations, outlined in its initial report, is a spatial plan for England, mirroring similar arrangements in Scotland, Wales and any other northern European countries. This focus on spatial planning is also reflected in another report, coincidentally published on the same day by the Royal Town Planning Institute (RTPI).

While a nationwide plan may have a quasi-Soviet ring to some, Lord Kerslake sees it as a tool for facilitating the greater devolution that underpins his vision.

“It’s to provide a clear framework for those decisions that can only be made nationally, like creating an inter-regional transport network. It frees up the regional and local organisations to move forward: at the moment they do it in a complete vacuum.”

The absence of a spatial plan, which earmarks the location of nationally significant items of infrastructure, makes England an “outlier”, he says. “Most of Europe has some form of spatial plan and yet we have nothing in England.” 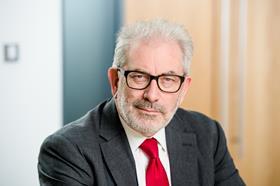 The peer is equally unapologetic about making the case for regional agencies, four of which should be set up to spearhead development in the North of England, the South-east, the South-west and the Midlands, according to the commission.

This may look like another throwback, this time to the regional development agencies (RDAs) – the New Labour era bodies that were scrapped in the early years of the coalition government.

The RDAs shouldn’t be dismissed but lessons can be learned from their track record, he says: “The challenge for the RDAs was that there too many and they did things that could have been done better locally.”

The commission recommends that these bodies should have a remit to make big decisions on transport, infrastructure and research and development, which transcend even the boundaries of a sub-regional body like Greater Manchester’s combined authority.

And what can be best done locally should be done there, rather than “treading on the toes” of local councils, Lord Kerslake insists.

The history of previous northern devolution shake-ups leads Chris Brown, chief executive of the specialist regeneration developer Igloo, to strike a sceptical note. Outcomes such as the inability of North-east authorities to establish a conurbation-wide combined authority show “people find it difficult to get on”, he says.

But bigger agencies make sense, Brown says. “The idea of one for the North and the Midlands in some ways might be more doable because it would have fewer responsibilities and just the very big stuff, so might be able to rise above politics and pull the key people together.”

The RTPI’s study, which was authored by town planning consultancy Peter Brett Associates (PBA), now part of Stantec, recommends a patchwork of over-arching spatial plans for the North of England.

“One plan for the whole of the North of England would be too big an area to plan for realistically,” says Bernard Greep, director of planning and growth for the Northern Powerhouse at PBA, and the RTPI report’s main author.

Instead each plan could cover the same areas as those of the North of England’s 11 existing local enterprise partnerships.

Having a spatial plan could also help to capitalise on the development opportunities thrown up by mooted rail improvements for the North of England. Optimism is rising in the region that proposals to upgrade the Trans-Pennine route, which are designed to quadruple the number of hourly seats on the core Leeds-to-Manchester section of the network, will be given the green light in this autumn’s budget.

The anticipated growth in workforce delivered by this boost would mean a local need for around 50,000 new homes a year, the RTPI has estimated, more than the 44,000 that would be required under a business-as-usual scenario.

And rather than relying on incremental additions to existing settlements, the land around the new and improved stations should be used to create new garden villages, argues Henri Murison, director of the Northern Powerhouse Partnership.

“We should be thinking about how to build type of communities that will actually attract people to live here or retain graduates.

“If you are going to rebalance the economy, you need the different parts of the country to take up the slack,” he says.

“If you create communities that people want to move to and are happy to move to you can provide some of that demand in the UK elsewhere to where it currently exists.”

If you are going to rebalance the economy, you need the different parts of the country to take up the slack

To kick-start housing growth, these SOAs could enjoy access to an initial joint borrowing facility, it proposes.

Unless this happens, the fruits of the additional transport investment will remain concentrated in the North of England’s already growing cities, meaning that the region’s so-called “left behind” smaller coastal and market towns will remain in that state, says James Harris, policy manager at the RTPI.

A particular problem identified by the RTPI report is that average ages are rising more rapidly in some rural and further north areas than across the nation as a whole. New affordable housing is required in such areas in order to attract the young people and families who are required to keep local economies ticking over.

However, this spatial approach is not recognised by the government’s standard methodology for calculating housing need. Greep says this “purely numbers-driven exercise” is not generating high enough housing targets.

What is effectively a snapshot based on the current market conditions doesn’t factor in how improvements could demand for housing, says Harris. “Those numbers don’t take into account the potential for sustainable housing delivery if Transport for North’s proposals came into being.”

The report recommends giving the North of England an opt-out from the standard methodology.

And failure to plan for sufficient housing could even undermine the objectives of the wider Northern Powerhouse initiative, says Greep: “The mood music is really positive but the standard methodology is at odds with that rhetoric.”

Tracy Harrison, deputy chief executive at the Northern Housing Consortium, agrees: “The government have said they are committed to rebalancing the economy of the country. If the calculation for housing needs is going to put a brake on growth in northern areas it has to be addressed because it’s going to restrict economic growth.”

For the time being, though, government funding for housing reflects existing skewed pattern of growth. Around 80% goes to the fifth of local authorities with the most acute housing needs, all but a handful of which are in the southern half of England.

“The government approach to giving out housing funding is significantly biased toward the South of England. The challenges in the North are different but that doesn’t mean we shouldn’t get any funding,” says Murison.

“The north should get the powers to resolve those issues rather than having to wait for a London-style housing crisis.”

Lord Kerslake, who oversees one of the capital’s biggest social landlords, doesn’t argue for existing investment to be redirected away from London and the South-east, though. He says: “We have an underlying growth in population in London that has to be addressed.

“We have to have an ambitious policy to build new homes in London and the wider South-east: that is true and will be true for the foreseeable future.”

What he is talking about is a longer-term rebalancing of power and the economy reflected in the UK2070 Commission’s title, which focuses on how England will function in 50 years’ time. Part of the commission’s proposed package is a £250bn Renewal Fund to boost lagging regions.

“It’s not that you haven’t got to deal with the here and now, but unless you also deal with rebalancing, we will find we have to do another lot of infrastructure at greater cost.

“The consequences of carrying on as we are is that we are just exacerbating problems and they become increasingly environmentally unsustainable to address.

“Slowly, the penny is dropping. We need to develop another model to rebalance growth over the next 20 years.”