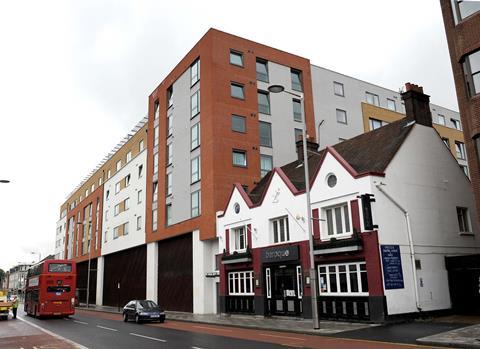 Housing has registered relatively low on Boris Johnson’s list of spending priorities so far, eclipsed by what has been dubbed at Westminster the “holy trinity” of police, the NHS and schools.

But last week we got a flavour of the tack that the prime minister is likely to pursue on housing at the general election that he hopes to announce soon.

Robert Jenrick, the recently installed housing and communities secretary, announced a package of measures to shake up the shared ownership market. His consultation paper was quickly drowned out by the clamour surrounding Johnson’s plans to prorogue parliament, however.

Graeme Moran, director of portfolio at shared ownership provider Heylo, nevertheless sees the paper as a “marker” of the new government’s policy thrust. “I suspect that this is the beginning of a raft of further releases on a new affordable homeownership programme. There was no mention of any other tenure so it’s a statement of intent.”

Paul Hackett, director of the Smith Institute think tank, agrees that promoting homeownership is once again flavour of the month, as it was under a former Old Etonian prime minister, David Cameron. “It’s clear homeownership is back numero uno. Everyone in the business knows you get a big bang for your grant buck from shared ownership. This is aimed at the PRS [private rented sector] crowd of struggling renters who wouldn’t qualify for social housing and can’t afford a deposit.”

But despite efforts to promote shared ownership under Cameron, it remains a niche player in the UK housing market. A recent report by Savills estimated that there are about 200,000 shared-ownership properties, equating to just 1% of England’s total housing stock.

The market for shared ownership is probably overdue for a shake-up, says Sue Shirt, executive director – customer experience at the housing association Stonewater. “Shared ownership is a 40-year-old product and hasn’t significantly changed during that period. Now is maybe the time to do a bit of disruption in the market.”

It remains a key plank of affordable housing provision, she says. “There shouldn’t be a stigma attached to renting but shared ownership should be part of our armoury in meeting housing need. For some people, it will probably be the only way of accessing homeownership.”

Part of the problem is the tenure’s low public profile, says Shirt. “Many people still think it’s about sharing a house.” The National Housing Federation will attempt to remedy this lack of awareness by launching a campaign to promote shared ownership this month.

“It’s clear homeownership is back numero uno. This is aimed at struggling renters who wouldn’t qualify for social housing”

Key to improving the uptake of shared ownership, however, is improving the attractiveness of the underlying product. Under the existing rules, would-be shared owners must purchase a stake worth at least 25% of the value of the property. In a process known as “staircasing” they can increase the size of their stake in increments of at least 10% of the property’s value.

Research carried out by Thames Valley housing association, before its recent merger with Metropolitan Housing Group, showed that few shared owners were taking up these incremental stakes. Kush Ruwal, residential director at Metropolitan Thames Valley, says that for many the 10% stakes are unaffordable, especially when combined with associated legal and valuation fees.

The research showed that the vast majority (89%) of staircasing transactions involved people going from part to full ownership with few taking intermediate stakes. The main reason, he says, is that by the time many shared owners had saved up enough to buy an extra 10%, the value of their property had risen so much they could no longer afford the tranche.

Shirt agrees that many living in shared ownership find the size of the 10% increments and associated fees “quite expensive”. “We mainly find that people staircase out so they can sell on the wider market and don’t have to sell to the smaller market of people who qualify for shared-ownership products.”

This lack of liquidity in the shared-ownership market is a big hurdle to more widespread take-up of the product, says Hackett. “If they want to move, they can’t because they have to go to another shared-ownership place. “You have a 25% share of a mortgage and not of an asset: taking that 25% somewhere else is only possible if there is a market.”

To remedy this, the consultation paper proposes that the minimum size of incremental shares could be slashed to 1% of the property’s value.

But Tamara Hooper, policy manager at the RICS, points out that the legal complexities and costs involved in the purchase of micro-stakes means it isn’t ultimately worthwhile for the shared owners.

Each staircasing transaction usually works out at about £1,000, taking into account legal costs and valuations together with the lender and housing association’s administration costs and legal fees. This is a hefty sum for a shared owner who can afford to buy only an extra 1%.

Hooper says the RICS looks forward to “more detail” from the government about how its proposal will work in practice.

These problems aren’t insurmountable, according to Lawrence Bowles, a senior research analyst at Savills and one of the authors of its recent report on shared ownership.

The kind of tiny stakes that the government is talking about would not require a full-blown valuation, he says. “At 1% of property valuations, there is probably less need from a lender’s perspective to do a full valuation. Pointing out that online valuations are now available for £10 to £20, he adds: “If you are only buying an additional 1% that is probably the appropriate level of due diligence. If you are staircasing by 50% you have to do a more in-depth check, but at 1% it would be overkill.”

The paper’s other key proposal is designed to ease the resale of shared ownership properties. The current model lease for such properties includes a “pre-emption” clause, which gives the landlord of the rented share the exclusive right to market the property for the first eight weeks of the sales process.

This restriction is designed to prevent shared-ownership properties from being immediately sold on to the open market. But the paper says the limit on the pool of eligible buyers leads to a slower and more cumbersome process. The paper says axing the eight-week rule would give those living in shared ownership the same ability to move as other homeowners.

In an attempt to ensure that the stock of local affordable housing isn’t exhausted, landlords will have a time-limited right of first refusal so they can repurchase the home to resell for shared ownership if there is sufficient local demand.

Shirt says Stonewater doesn’t generally apply the eight-week rule in its leases, arguing that boosting the overall size of the shared ownership cake is more important than artificially preserving the existing stock of such properties.

“The ultimate goal should be increasing the total supply of homes available. If it remains a shared ownership product that is great, but we don’t want to fetter the ability of the homeowner to sell.

“Shared homeownership should mimic the private market and shouldn’t be in perpetuity, with the exception of rural areas where you have to retain some form of shared ownership.”

Shared owners are generally “frustrated” by the eight-week rule and few understand it, says Moran. Making the market function better will tempt more individuals to contemplate shared ownership with knock-on impacts on the turnover on properties, he adds. “It will bring in many more customers, get more transactions and the outcome will be more affordable housing, which will be a good thing.

“Help to Buy equity loans have raised public consciousness about the way you can buy shares in a way that wasn’t broadly understood a few years ago. Everyone should be working to make the resale market work a lot more effectively.”

Bowles agrees: “Not only will you see demand for this stuff increase but also liquidity in the second-hand market will increase.”

The government’s proposals don’t get round the problem that many would-be shared owners are put off by the initial size of the deposit they have to put down.

Shirt believes, however, that the paper could herald the biggest shake-up for shared ownership since it was launched four decades ago. “In effect, it’s a new model of shared ownership that potentially has the opportunity not only to relaunch shared ownership as a product, which is incredibly important and there aren’t enough people aware of it. “

It will also boost Stonewater’s appetite for developing shared ownership, she says. “Provided it doesn’t end up in a situation where we can’t make it stack up, I can’t see why we would not embrace something that increases the accessibility and the attraction of a shared-ownership product.”

But Hackett is less convinced about the package published last week. While he believes they are a set of useful technical tweaks, they don’t add up to the reform that the wider housing sector needs.

“If they want to rebalance the market, they are going to have to do something bigger. If this is it, it’s a bit worrying.”

Metropolitan Thames Valley already allows its shared owners to buy an additional 1% share of their home every year for 15 years through its Shared Ownership PLUS scheme, which was developed using the findings of research into the factors that were holding back the market.

The scheme cuts out the need for revaluations by basing the fixed cost of each share on the home’s original purchase price, rising by 3% a year to take account of house price inflation. The other admin charges associated with conventional staircasing, such as solicitors’ and stamp duty fees, also do not apply.

So far, more than 500 Metropolitan Thames Valley shared owners have upped their stakes through Shared Ownership PLUS, with take-up of the incremental shares on the rise.