When it comes to joint ventures, size is important

Smaller JVs can be more effective in responding to market shifts, local opposition and physical constraints 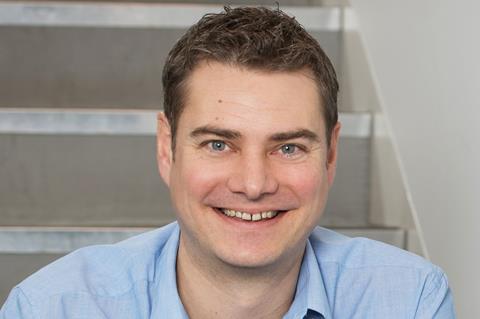 Kit Malthouse is the eighth housing minister in just over eight years, and the 17th since 2000. No housing minister has enjoyed the security of tenure necessary to deliver a consistent policy that truly addresses the housing shortage and the systemic symptoms that have led to it. And this incessant ministerial churn means that each minister has failed to truly grasp the scale and depth of the housing crisis, with very little time to get on top of their brief, which isn’t an easy one.

But, beyond Westminster, the fact remains that we still need to deliver an extra 200,000 homes a year on top of existing stock to balance the books and tackle issues of affordability and quality.

And if the politicians in Westminster aren’t going to deliver a solution, then really it is up to us industry players down the chain to examine all available avenues that will help us deliver the homes that Britain desperately needs.

One way to promote long-term changes is exploring the scope for joint venture (JV) partnerships between the private and public sectors. Most of these have been exclusively for large-scale regeneration projects and have had mixed results. In response to this, it is vital that the housing sector pays more attention to the benefits of small and mid-size opportunities throughout the UK to collectively deliver volume to the market.

Across London, we have seen large scale public-private partnerships come to loggerheads and attract grassroots and national opposition. Lendlease’s endeavours in Haringey instantly spring to mind, where a groundswell of political activism completely changed the make-up of the local council and stalled the project. Much of the criticism that this project attracted was unjustified, and it is not representative of public-private partnerships as a whole.

On a smaller scale, JVs are proving incredibly effective. While they may not be able to benefit from the economies of scale and the supply-chain volume purchasing or large-scale partnerships, smaller JVs are more nimble and dynamic in their response to market shifts, local opposition and physical constraints.

Smaller JVs are more nimble and dynamic in their response to market shifts, local opposition and physical constraints

Smaller JVs bring the same degree of mutual benefit as larger ones. The public side can provide access to land and cheaper finance, while the private bodies bring the expertise, proven delivery record and closer ties with the supply chain. In fact, smaller JVs open the doors for more specialist developers that are more adept to bringing forward smaller sites in challenging conditions.

Unlike larger JVs that can become victims of the political cycle and regulatory changes due to the scale of what they aim to deliver, and the time they take to come to fruition, smaller JVs are much attuned to deliver homes on smaller sites at various different locations.

This is particularly relevant in urban locations like London, where land is so scarce and eye-wateringly expensive that both public and private bodies are looking at ways to bring forward smaller sites. Here, public authorities are well placed to supply the land. And with the continued advances in modern methods of construction, many of these sites that were previously impossible to develop are now being brought forward for housing development.

Grainger’s recent tie-up with Transport for London (TfL) to build 3,000 homes across eight locations in London showcases the potential for JVs to unlock land on particularly difficult sites. This type of JV accentuates the very best of what a public-private partnership can do: developing a decent volume of high-quality homes, on public underutilised land, and in areas of London that are well connected and undergoing a transformation.

Crucially, these schemes are quite modest in terms of scale individually. But the cumulative impact will result in a good number of new homes being built. If this model is repeated by others, then these developments will add up. The government’s ambitious housing targets will be missed without the intensification of these smaller sites and the unlocking of air rights above developments throughout the UK.

Another benefit is access to finance, which may prove to be cheaper than if either party sought funding by themselves. Public bodies that have private involvement can often enjoy a wider array of debt financing options, as is the case in infrastructure where PPPs are prevalent. For example, de-risking the project politically may mean lenders look more favourably upon the project.

But ensuring buy-in, no matter the JV’s size, remains crucial.

In order to make sure there is equal buy-in and incentivisation, public-private JVs are always at their most effective with a 50-50 equal profit share, with equal risk and reward. A development partner would then help maximise the potential sale value of individual or multiple sites, resulting in an uplift of the site value or of the developer’s profit following completion.

To ensure the effectiveness of a JV, and ensure it doesn’t cause public uproar, the entire process has to be open, with the development partner being brought on board as early as possible. Without transparency, such endeavours are bound to meet the adversity we’ve seen in Haringey and elsewhere in the UK. Fortunately, for both the public and private bodies that create JVs, there is a lot to gain from being transparent from the nascent stages and engaging the community on all aspects of development, such as greater support from local residents and businesses and, ultimately, the creation of vibrant, successful communities.

To ensure the effectiveness of a JV, and ensure it doesn’t cause public uproar, the entire process has to be open, with the development partner being brought on board as early as possible

In fact, in some cases having a development corporation with a strong community focus set up may be the best way to go about it. Look at the London Legacy Development Corporation (LLDC), created by the mayor of London in 2012 to regenerate east London and maximise the benefits of Queen Elizabeth Olympic Park and the London Olympics, which is beginning to yield results. The benefits of such an arrangement are clear, as the LLDC’s vision and longevity spans the political cycles of local and national government, and focuses on the task at hand: delivering homes.

Fundamentally, creating a corporation like this can de-risk and take the political element out of development. But, of course, this is not guaranteed, and what has worked at LLDC might not work elsewhere.

Joint ventures between public and private bodies are not perfect, but they can deliver the scale and dynamism needed to invigorate the housing market. By unlocking land – specifically smaller sites, incentivising delivery targets and creating resilient development vehicles that have a long-term vision, JVs could help get the housing market a lot closer to government build-out targets than it currently is. Successful development requires joined-up thinking, which is the very nature of public-private joint ventures.