Time for a new age of council housebuilding 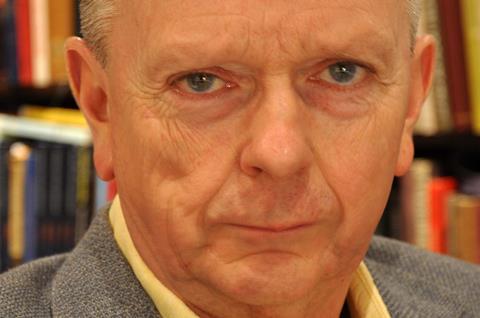 July 2019 marks the centenary of the Housing Act of 1919 and as such of council housing as one of the pillars of the UK’s housing system. A conference on 18 July will look back at the “homes fit for heroes” programme and at its lessons for housing today.

Of course 1919 did not mark the absolute beginning of council housing: that honour goes to Liverpool council, with its St Martin’s cottages scheme of 1869. But it did mark the beginning of councils right across the country building housing on a large scale. In the quarter-century before 1914, local authorities accounted for about 2% of new dwellings. But for the years 1919-23 the figure was 60% and for the inter-war period as a whole 30%. Looking back from today we can see 1919 as the start of a system that lasted for 60 years, until the tap of council housebuilding was turned off by Margaret Thatcher in 1979.

Under the 1919 legislation, local authorities were required to look to the housing needs of their area and to make plans to address them. To enable them to do so, an open-ended (yes really!) Treasury grant was introduced to cover their losses beyond the product of a one-penny rate. And to make sure they got on with it, a Soviet-style system of housing commissioners was introduced to chivvy them along.

The councils’ housing proposals had to be forwarded to Whitehall for sign-off by the team of architects at the Ministry of Health headed by Raymond Unwin – the principal author of the Tudor Walters Report of 1918 and before that the father of garden cities and garden suburbs across the land, from Letchworth, to Hampstead, to Gretna.

This expensive new system did not arise for no reason, of course. It was the very real fear of revolution, as five million servicemen were demobilised – potentially to a civvy street with neither work nor homes – that prompted the government to act. Half a million “homes fit for heroes” was the pledge. As the prime minister Lloyd George put it to the cabinet in March 1919, “Even if it cost a hundred million pounds, what was that compared to the stability of the state?” Or as the government spokesman told MPs when the housing bill reached the Commons, “The money we are going to spend on housing is an insurance against Bolshevism and Revolution.”

Whatever the motivation, there is no denying the boldness of the manner in which Lloyd George and his minister of health Christopher Addison tackled the housing emergency. Absence of precedent was no ground for objection: the war on housing was to be conducted in the same no-holds-barred way as the recently concluded war against Germany.

Of course not everything went according to plan. With too much demand chasing too little supply, of both labour and materials, prices went through the roof and within 24 months what should have been a £600 house was costing £1,200. As the fear of revolution subsided, the opponents of the housing programme pounced, as what had been regarded in 1919 as a necessary insurance policy took on the appearance of inexplicable extravagance. In 1921 the axe fell and it was announced that the housing programme would be limited to the houses on which construction had started or for which tenders had been approved (approximately 176,000 in England and Wales).

But subsequent governments could not simply ignore the problem. First John Wheatley, in the short-lived minority Labour government of 1923, and then Neville Chamberlain, at the Ministry of Health from 1924 to 1929, encouraged local authorities to build. The result was that the 1920s became a decade in which local authorities built around 750,000 homes in municipal garden suburbs, often on the sites acquired in 1918-19. The London County council’s Becontree estate at Dagenham – the largest municipal housing scheme in the world, with a population of 100,000 – was but the best known of these.

As we look back 100 years, what gives the subject particular relevance is that today, for the first time in many years, it looks as though – if we ever get through Brexit – we may start building council housing on a large scale once again. After four decades when housing policy was in thrall to the market, even the Conservatives – in the person of outgoing prime minister Theresa May – have admitted that the housing market is broken and promise a “new generation of council houses to help fix our broken housing market”.

It is this recognition, of both the historical and the contemporary importance of the subject, that prompted the Learning from 1919 Steering Group – a group of academics from across the country – to organise the Homes Fit for Heroes Centenary Conference, taking place at the Institute of Historical Research in London on 18 July. During the day academics and conservationists will present the latest research on the homes fit for heroes programme and what followed. The evening event (bookable separately) will be a panel-led discussion on Housing Today and Tomorrow, with a wide range of speakers from, among others, Ash Sakula, Defend Council Housing, Hackney council and Homes England.