The question of housing undersupply 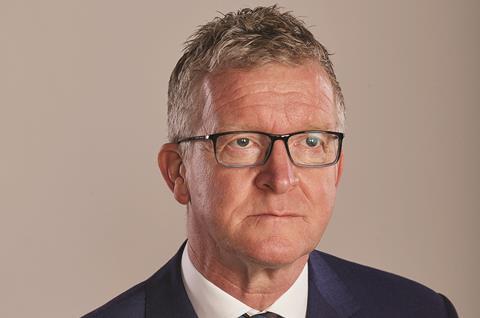 With housebuilding yet again becoming a focal point for what is likely to be an early general election, undersupply is proving to be a key concern and is being linked to a significant amount of social and economic problems.

My earliest recognition of the issue goes back to 2004 when Gordon Brown the then prime minister and John Prescott, his deputy, asked Kate Barker – a member of the monetary policy committee – to carry out a review of the UK housing market. She was specifically asked to look at what was behind the lack of housing supply and why the industry was unable to respond to it.

So how can the shortage be explained? One explanation could be is that there isn’t one

The report identified that the number of homes built was 12.5% lower than the previous decade, that since the early 1970s house prices had increased in the UK at twice the average rate of the increase in the EU, only 37% of new households (in 2002) could afford to buy a home whereas 46% could in the late 1980s and – to make a real difference for those people in most need – an additional 23,000 social-housing homes would need to be built.

The main recommendations of the report included the need for government and the bodies responsible for planning to take more notice of changes to house prices and levels of affordability when setting targets for housing and allocating land. The report also stated the allocation of land needed to be more in line with the needs of the local area and that the significant increase in value for agricultural land getting planning permission should be shared with the community.

The issues are familiar and do not seem to have changed that much in the past 15 years.

The review is widely credited with identifying the minimum housing target of 240,000 homes a year. However, this figure is not mentioned in the report. It was the then-housing minister Yvette Cooper who later in 2007 mentioned the 240,000 homes target.

In an interview in 2007 Cooper referred to a 30% increase in the number of households in the previous 30 years with a 50% drop in housebuilding. She confirmed the then-government’s target of 240,000 new homes a year by 2016 with an additional three million homes by 2020. She had obviously paid a lot of attention to the Barker report, recognising that there had been significant growth in households as well as the pressures on affordability.

At the time, the point was made that it was the decline in the building of council housing that had led to the shortfall of homes which Cooper recognised, but was firmly of the belief that most people wanted to be homeowners and therefore the problem lay with the private rather than public sector. Her belief being that the private sector had not responded to the rising demand for private housing.

This undersupply characteristic of the market has been a common theme for subsequent housing ministers since the Barker report, with Sajid Javid the then-housing secretary in 2017 referring to Britain’s broken housing market, which primarily referred to the undersupply of housing.

Mark Carney, the governor of the Bank of England, joined the debate in 2014 when he said “the underlying dynamic reflects a chronic shortage of housing supply which the BoE cannot tackle directly”.

I read, therefore, with much interest a recent piece of research by the Bank of England itself outlining that this fundamental premise – that the creation of new households outstripping the number of new homes built has led to recent house-price inflation – is wrong. Its findings conclude the 60% increase in house price inflation since the early 2000s is more to do with the Bank of England than it is to do with the builders.

The argument is that the increase can be explained almost entirely by lower interest rates, with housing playing a minimal role.

To prove the point the research disaggregates the housing into the property itself and the service, this being the amenity of having somewhere to live. It argues that if the problem was the lack of supply, with more people needing somewhere to live than there was accommodation to satisfy them, then you would expect rents to have risen significantly, yet this has not been the case with the analysis showing that rents have risen approximately in line with inflation.

So how can the shortage be explained? One explanation could be is that there isn’t one, as proffered by Ian Mulheirn, executive director and chief economist of Renewing the Centre at the Tony Blair Institute.

He points to the official figures that show that since 1996 housing stock in England has grown by 168,000 homes per year while household numbers have increased by 147,000. This could mean that there is a surplus of 1.1 million homes.

The conclusion therefore is that the increase in house prices has been driven by falling interest rates rather than the almost universally accepted reason of lack of housing supply.

The research points out that mortgages are as affordable today as they have been since the early 1990s due to the fact money is so cheap. In the 1990s the rate on a fixed mortgage was 8% above inflation whereas today it is 2%.

This characteristic cannot be blamed on the Bank of England solely as it has been affected by the near-zero rates and quantitative easing globally which have pushed borrowing costs down everywhere.

The research concludes that the rise in house prices is not economic but social. By this it means that buying a house is now more reliant on support from parents which has caused home ownership to tumble (different tenures increasing) as well as leaving borrowers with large debts that would exaggerate the housing problem should interest rates normalise (assuming normal interest rates would be a lot higher than current rates).

This could provide an explanation as to why the undersupply issue as generally highlighted by successive governments has not been addressed.

Richard Jones is a partner in Arcadis