How housebuilding can help save the world 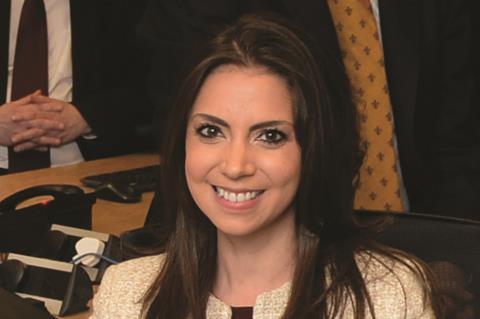 Our head office is on Oxford Street: prime real estate, unless you actually need to get any work done.  Over the course of each year our team has to battle their way through Christmas shoppers, sales shoppers, teenage school parties and regular Tube strikes. We are used to noise and disruption – but we still weren’t prepared for Extinction Rebellion.

Among the daily debate in the office as to whether we should support the protesters in a pink boat or help the police move the Good Ship Eco Warrior on, it became clear that we may disagree with their methods but nobody really can disagree with their clear message: the need to think about the future.  Instead, it seems to be promoted increasingly forcefully throughout every aspect of our consumer lives, including development.

Sustainability has gone far beyond a simple tick-box exercise it perhaps used to be. Questions are being asked – and that’s a good thing

Sustainability has gone far beyond a simple tick-box exercise it perhaps used to be. Questions are being asked – and that’s a good thing. Ten years ago, when we founded Curtin&Co, it was perfectly acceptable to say to politicians and communities that a development “adhered to sustainability guidelines”.  That simply isn’t the case anymore. Now, stakeholders want detail: does “sustainability” just equal solar panels on some roofs or is it a fundamental part of the design and build process and, if so, how? They’re thinking about these things, and we need to too.

At a recent lunch we hosted, James Brokenshire, secretary of state, said he was determined to meet the government’s target of 300,000 homes per year based on his philosophy of “More. Better. Faster”. By “better” he clearly meant building homes which are both physically sustainable in their use of technology and carbon reduction and socially sustainable by focusing on building communities. He gave his support to innovative methods of construction, as well as creative and forward-thinking design which would create places future generations want to live in. Surely that is music to the ears of anyone who wants to secure a brighter future for our country – so why hasn’t it filtered through into a forging a great reputation for the development industry?

Why not introduce a form of positive discrimination for proposals which exceed sustainability requirements and test new concepts and technology?

Firstly, I would argue that “soundbite positives” are an easy way to appear committed to a principle. I have no doubt that the government is genuine about its aspirations, but what the industry needs is real, active and visible support. Legislation works primarily because it forces everyone to think about the issue, so why not introduce a form of positive discrimination for proposals which exceed sustainability requirements and test new concepts and technology? If the government really wants to support innovative methods of construction that will be acceptable to future generations (and indeed today’s young people) then they should mandate a presumption in favour of sustainable builds which would reduce the number of planning hurdles faced and speed proposals through the system. Championing new technologies from the top would allow them to contribute significantly to solving the housing crisis by creating both more homes (faster delivery using new methods) and better homes (high-quality, desirable and affordable).

Secondly, we need to find a way to communicate what we are doing in terms of promoting sustainability and developing new technology and, more importantly, what we are collectively achieving, better. Too often we find ourselves on the end of headlines that focus on “the land-banking epidemic” and “threats to the landscape’s natural beauty”. How about showing pressure groups and everyone else that construction and solving the housing crisis doesn’t come at the cost of the environment and is in fact contributing to future generations? How enhancements to habitats and landscapes create biodiversity betterment which we all benefit from?

On a number of sites we are working on (both brownfield and greenfield) the projects are leading to net biodiversity gain by reintroducing species on land that has previously been intensively farmed, turning hard standing areas into green open space, undertaking substantial remediation works and turning required mitigation works such as SUDs into viable and attractive habitats. In many cases, these proposals are being developed in conjunction with local wildlife charities, but developers should be given the credit they deserve for enhancing the future of the area; not only by planning committees, but by wider communities.

What about how building techniques are moving us ever closer to the zero-carbon dream? Or how social sustainability projects are building happier, healthier future generations? As much as we need to invest in the future of the environment, the future of communities is just as important. Developers are increasingly seeking new ideas as to how they can integrate their proposals with surrounding communities and, with larger garden village proposals, create new ones. There is an ever-increasing amount of effort being put into creating sustainable social networks after construction, developing community events, encouraging resident-management of community assets, designing proposals to encourage social interaction so that residents feel invested in the future of the area.

My job is to mediate between developers and communities. I aim to navigate a path to a happy medium between the needs of each. But I am also passionate about the industry we work in and the fact that we should be listening to people like those protestors outside my office window on Oxford Street, and actively work with those who want to protect our environment to provide future solutions to lots of their issues. I’m not naive, there is the bottom line to consider, but the informed questions we are now receiving every day will help us get better and better at creating the sustainable and responsible built environment that this planet needs, so we’re not afraid to shout as well about what we’re doing to be part of the solution.