Healthy housing should not be a radical idea 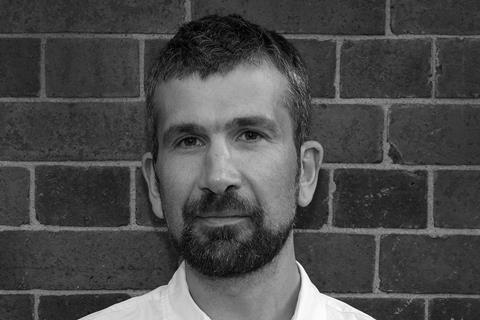 Poor housing is currently costing the NHS about £2bn per year according to research by the BRE. More specifically, the “HHSRS” list of hazards that include factors like damp, heat and cold are directly causing health conditions in substandard housing occupants.

Like many such public health matters, this is likely grossly underestimated, as the process of evidencing cause and effect is inherently messy and results in a reductive process in which only the most direct links can be quantified. The BRE also publishes guidance on daylighting levels in buildings; however, the effects of daylight on health and wellbeing, while widely agreed upon, are only tentatively and patchily evidenced. The Building Regulations has no standards for daylighting: these are covered by planning, which has only recently become an issue with the increase in permitted development rights and examples that have been highlighted of residential accommodation being created without windows into living spaces, among other failings.

The advances in housing pioneered by 19th-century philanthropists and in legislation that ensured public health (through building regulations such as ventilation and sanitary services) were not based upon the level of clear evidence that we appear to demand now; but there was sufficient general understanding, supported by a broad range of convergent evidence, that these factors were crucial to public health. Nobody can prove what each of these measures contributed to the average life expectancy increase of 30 years over the past century, but contribute they surely did. Welfare provision by the state was based on the concept that all aspects of life should aim for the same goal: human health and prosperity. Investing in housing was therefore a health investment and clearly a more cost-effective one than paying to treat the consequences of poor housing, even though nobody could be sure precisely what those costs were.

In the 19th century, welfare provision by the state was based on the concept that all aspects of life should aim for the same goal: human health and prosperity

In 2018, working with an environmental psychologist, we completed an award-winning piece of work with the Ministry of Justice (MoJ) to improve prison design for health and wellbeing, through the application of evidence from environmental psychology. We researched existing evidence on areas of design that have strong effects on people’s psychology and physiology, in the knowledge that health and wellness are in turn strongly linked to people’s ability to re-settle into society on release from prison.

We undertook primary research in HMP Berwyn, Britain’s newest prison, to understand how this evidence applies in a current prison environment. We carried out structured walking surveys with both staff and prisoners and distributed an e-survey to the whole prison population, using Berwyn’s internal network, which the prisoners access on individual laptops. This data informed a critical process with the MoJ design team, resulting in a suite of design principles and measures.

Our survey at HMP Berwyn highlighted acoustics, ventilation and ability to move around freely as the most important factors and design responses

The survey highlighted acoustics, ventilation and ability to move around freely as the most important factors and design responses to these featured among around 40 key measures. The design team was able to make the case for these improvements in new prisons based on our evidence. Our survey provides a potential means to measure the effectiveness of these improvements over time and as far as we know is the first in the world to do this in a prison environment.

Crucially, rather than relying on a narrowly defined cost equation, our evidence correlates different areas of information and applies them as part of a holistic design process. Re-offending costs the taxpayer around £14bn a year and in this context we can be certain that savings will be made through these measures, even though we may not be able to ascribe costs precisely to each one.

From this work we learned that modest design changes can have dramatic effects on people’s lives, demonstrating the enormous value of design informed by evidence in a residential environment. Prisons are extreme and all-encompassing, meaning that these effects are highly pronounced, but the methodology set out in our design guide is not specific to prisons and we’re exploring its application in a range of different types of residential accommodation. We’re equally certain that significant savings can be made here too.

We learned that modest design changes can have dramatic effects on people’s lives, demonstrating the enormous value of design informed by evidence in a residential environment

The effects of housing on our health and wellbeing are well documented and the sickening effects of poor-quality housing have led incrementally to public health, planning and building regulations that have been part of dramatic improvements in our quality of life over the past century and a half. Yet more recently, that trend has appeared to be running out of steam and even gone into reverse.

While nationally-described space standards have established minimum living sizes, access to daylight and sunlight has been more patchily regulated according to local policies. Permitted development rights sidestep all of these requirements – a clearly retrograde step. In parallel with this is an increase in both awareness and occurrence of mental health problems – in people of all ages. Housing is not the sole culprit, but there is a clear correlation between our entire environment and our health and wellbeing of which housing is a significant element.

If home is where the heart is, it’s also where our bodies and minds are for a significant part of our lives. The dramatic rise in homelessness is a shocking current issue, but it is abundantly clear this is not a simple housing supply problem and for it to be an excuse to build unhealthy housing, through the rolling back of standards is a double mistake. Rented accommodation is particularly relevant as most landlords have a long-term interest in the health and wellbeing of their tenants.

Regulations have an important role to play, but quality of life can never be entirely legislated for. It comes from a process that values first and foremost the people that it’s catering for.

Roland Karthaus is director at Matter Architecture, senior lecturer in architecture at UEL and a member of the RIBA Planning Advisory Group