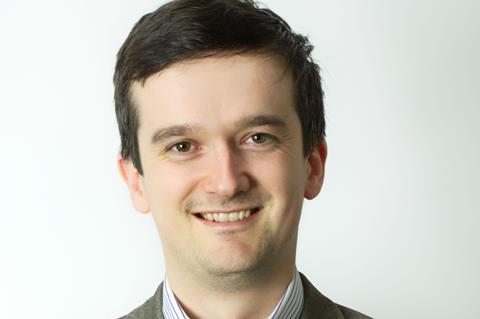 Cross the Tamar and you enter a heartland of the CLT movement – Cornwall. Over 200 affordable homes have been built by community land trusts (CLT) in Cornish towns and villages plagued by second homes, and hundreds more are in development.

It was Cornwall MPs, particularly Sarah Newton, who secured the £300m Community Housing Fund in the 2016 Spring Budget.

The fund was devised to help new market entrants in England get started, work up a viable scheme, take it through planning and build it out. It helps CLTs, housing co-operatives, cohousing communities and development trusts. The fund achieves market diversification, increases the supply of affordable housing, and helps communities tackle problems such as isolation, village decline and empty homes.

The government is also funding the expansion of supporting infrastructure, including local enabler hubs that help groups to deliver, and a training programme for advisers and housing professionals.

The fund was only properly launched by Homes England last year, in two phases in July and September 2018. But it will close to bids in December 2019.

The fund was only properly launched by Homes England last year, in two phases in July and September 2018. But it will close to bids in December 2019

Ministers want to scale the community-led housing sector up so that it can deliver at a much larger scale. But even established housing associations struggle with three- or five-year funding cycles. The government recognised this in its social housing green paper, noting that short-term funding reduces the pipeline and the consistency of delivery among established housing associations. We have pointed out that the same is true of newer entrants, which need even longer-term certainty if they are to scale up and start to deliver more than small projects, and if we’re to develop greater confidence among mainstream lenders.

This simply won’t happen with an 18-month fund.

Homes England told us, via a Freedom of Information Request, that as many as 3,500 homes are on the line if the fund closes early. A sector survey undertaken in December 2017 put the full potential pipeline at 5,810 and projected further growth if the funding were sustained over a five-year period.

A sector survey undertaken in December 2017 put the full potential pipeline at 5,810 and projected further growth if the funding were sustained over a five-year period

We think this number will already have grown, and the potential is explosive. More local authorities, urban and rural, are taking an interest, with pioneering new policies being rolled out in places like Croydon and Bristol, Northumberland and North Yorkshire. More housing associations are taking an interest. And the public is waking up to the potential of community led housing, especially where they’ve seen successful projects down the road.

Over 50 MPs have so far supported our campaign to extend the deadline to 2023 in the upcoming spending review, bringing it in line with the London fund administered by the Greater London Authority.

The government has maintained that a decision will be made in the spending review, which has been much delayed. We will soon enter a fallow period when there will be no certainty about the future, and when it will not be realistic to bid because projects won’t complete quickly enough for the current deadlines.

Sarah Newton MP lobbied the government again in a Commons debate on 9 April, warning of the impact in Cornwall, where at least 350 homes could be jeopardised if the fund doesn’t continue. Cornwall CLT, an enabler hub which supports many of the schemes, could also find itself in serious difficulties if its programme grinds to a halt.

The government responded with warm words about CLTs. We have heard warm words – all very welcome – from the housing minister, the housing, communities and local government secretary and numerous other MPs from all parties represented in England. What we need now is a decision.

Tom Chance is director of the National CLT Network