Building homes in a climate emergency

As the public and politicians realise the need to change – and fast – what will this mean for housebuilding, asks Chris Brown 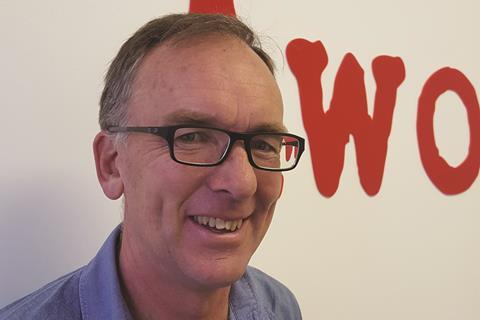 It is frustrating that it takes children on school strike, and Extinction Rebellion, to bring the message home to the extent that we now have local authorities, and the UK parliament, declaring climate emergency.

But proportionate action, as yet, not a lot.

Greta Thunberg, the 16-year-old Swedish climate activist, during her UK visit this month, tweeted the graph of the reduction in carbon emissions (45% from 2010 levels by 2030) needed to keep the rise in global temperatures to 1.5 degrees.

As the graph makes clear, if we had started a couple of decades ago when the need was first known, the adjustment would have been gradual and manageable. Now it is akin to trying a hand brake turn in a supertanker.

If, or when, the required level of response becomes clear to the public and politicians, the implications for the housing industry could be dramatic.

If, or when, the required level of response to climate change becomes clear to the public and politicians, the implications for the housing industry could be dramatic

The obvious first response will be to throw resources at insulating the existing housing stock and, where possible, taking out gas boilers and replacing, and adding, renewables in the form of photovoltaics and air source and ground source heat pumps. Not biomass or heat networks though, as these tend to have immediate negative carbon impacts in this critical 10-year period to 2030.

As the current projections are for the electricity grid to be around 80% low carbon by 2030, the main drive is to insulate and to dump gas and go electric. This transition will be hard. We lost critical time, and learning, when the government scrapped the Green Deal, and this change will now be more expensive and create more problems of skills and capacity.

So, what will happen to new build?

We have made progress in reducing the carbon emissions from new homes, again despite the government scrapping the final upgrade in Building Regulations to 2016. And again, the greening of the grid should come to our rescue. Even one of our current output of trickle vent leaky, new homes is pretty efficient if heated by an air source heat pump powered by 80% low carbon electricity.

But there’s a problem. Embodied carbon. The carbon we emit building a new home. Because we are doing better on operational carbon this is becoming a much bigger proportion of the total lifetime carbon emitted by a new home. And it’s all emitted at the beginning, in this critical 10-year period.

The industry’s fixation with operational carbon means we have made very little progress in reconfiguring our supply chains to bring down embodied carbon.

The government’s target of 300,000 new homes a year is not an appropriate response to a climate emergency

And the new homes we do build are going to have to be in places where most journeys can be made by walking, cycling or public transport because the shift to electric cars is, currently, likely to continue beyond 2030.

And then we are going to have to figure out how to build the new homes in wood and straw bale (which both take carbon out of the atmosphere and helpfully lock it away for the life of the building) rather than in brick, concrete and steel which are likely to go the way of coal and be phased out over this period. The extent that the world can feed itself, and build using materials from renewable sources, will be a challenge.

The first stirrings of this new supply chain are already here with strawbale panels from suppliers like Modcell, timber panel approaches from firms like innovative Scottish contractor CCG and others, and cross-laminated timber modular factories like that of housing association Swan.

That part of the modular industry that has gone steel frame might live to regret it, but it is the brick and concrete manufacturers who are likely to feel the impact of the transition most intensely. And there will be a big job to do in re-skilling for the new materials.

The UK Green Building Council has recently created a framework to help guide developers towards zero-carbon new-build projects. This might start to stimulate awareness and voluntary action, but it isn’t an emergency response.

They also suggest that the government might require these assessments through Building Regulations and the National Planning Policy Framework, potentially allowing local authorities to operationalise their response to the climate emergency by requiring large reductions in embodied energy (and probably offsets too).

And all of that is before we work out how to go fully zero-carbon beyond 2030.

Chris Brown is executive chair and founder of Igloo