Architects hit out at offsite drive

Homes built with modern methods of construction are “blight” on communites, designer says

Senior housing architects have hit out at the government’s drive to transform the housing industry through the use of modern methods of construction.

Speaking at a debate this week on the quality of new homes, architect Paul Karakusevic, of Karakusevic Carson Architects, described most volumetric modular homes – ones that are fully constructed offsite – as a “blight” on their locations. 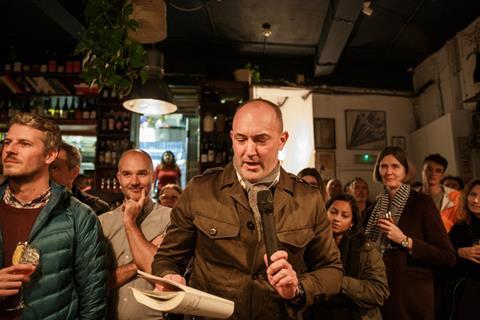 Similarly, Cany Ash, of architect Ash Sakula, said the government’s ever increasing rhetoric around offsite build was a “religion” which ignored the complexity of place-making.

Famer will be tasked with developing plans, announced last month by McVey, for a “construction corridor” in the north focused on MMC, generating £40bn of output a year and employing 80,000 people.

But Ash and Karakusevic said the drive for ever-increasing use of MMC was misplaced. Karakusevic, describing the majority of Build to Rent housing, much of which uses MMC, as an “absolute abomination”, added: “Most modular housing and volumetric construction I have witnessed in the UK is also crude, overscaled and a complete blight on the city.”

At the same event Ash said architects should “resist the sirens of offsite solutions” and “put it back in its place” as part of a drive to humanise the UK’s built environment.

“The government has a shorter and shorter attention span and this innovative stuff seems to make them happy,” she said. “It makes a lot of other middlemen very happy. It just does not take in the complexity of building places. It’s like a religion.”

She also criticised many offsite solutions for appearing to offer repetition, when technology should instead be being used to offer increased variation to suit families and households with differing needs.

Proponents of offsite and modular housing say the idea that homes built using modern methods are poorly designed is a hangover from a previous era of offsite construction. Newly-appointed MMC champion Mark Farmer has previously made the case that the existing construction industry will lack the skills to meet the demand for homes without widespread adoption of factory methods, and the government says MMC can be part of the answer to poor housing design.

Announcing the investment in Ilke Homes, Esther McVey said: “It’s vital we invest in new technology to get Britain building. Homes built using modern methods can be of higher quality, greener and built to last.”

Ash and Karakusevic were speaking at an event entitled British Housing: The Crude the Bad and the Ugly, put on by architect Fourthspace in London.

Karakusevic also used the event to hit out at volume housebuilders, whom he said benefitted from a “whole market [which] is rigged in their favour.”